A migraine is an intense headache that can cause throbbing, or a pulsing sensation, in an area of you head…it basically feels like your heartbeat has migrated upwards to your head.  It’s not comfortable at all.  Unfortunately too, migraines are usually accompanied by nausea, vomiting, and extreme sensitivity to both light and sound.  Therefore, if you’re in a room that is bright and loud, your migraine will seem to be that much worse.  The pain that migraines cause can last for hours to days, and it can even hurt so much that all you can think about is finding a dark, quiet place to rest until the pain subsides.

The specific cause of migraines is not currently understood.  Most likely, genetics and factors in the environment play a strong role in their development.  Migraines may be caused by changes in the brainstem area and how it interacts with the trigeminal nerve, which is a major pain pathway in the human body.  Also, imbalances in brain chemicals may also be a culprit to the development of migraines.  Specifically, a chemical known as serotonin that is responsible for regulating pain levels within your nervous system.  The levels of serotonin during a migraine attack decrease, so if there aren’t enough chemicals to regulate the pain, it will result in more pain for you and possibly a migraine.

What Triggers a Migraine?

Once you approach your healthcare provider and explain your situation with the development of migraine headaches and you are definitively diagnosed, a treatment plan will be implemented for your specific case.  Migraines cannot be cured; however there are ways to manage your symptoms and condition.  Generally, medications to help treat migraines fall into two categories:  pain-relieving medications and preventive medications.

Pain-relieving medications are the ones that are taken

during your migraine attack with the goal of stopping symptoms of your headache that have already begun. The migraine caplets on the right are great to relieve your pain.

Preventive medications on the other hand are those that are taken regularly, usually on a daily basis, with the goal of reducing the severity and/or frequency of future migraine attacks. 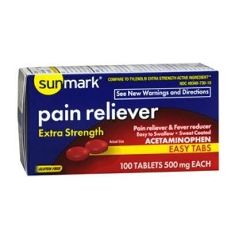 Ultimately, migraines should not be taken lightly because if left untreated over an extended time period, the pain that an individual is caused may begin to interfere with the daily routine…so do not ignore signs and symptoms, it’s better to be safe than sorry!

Since 1997 Allegro Medical has been a leading supplier of migraine and headache supplies to healthcare providers and consumers.  If you are suffering from a migraine or headache, rely on AllegroMedical.com for all of your migraine needs.

Experiencing leakage from your ostomy?

Are you struggling with insomnia?

What To Ask When Choosing A Nursing Home